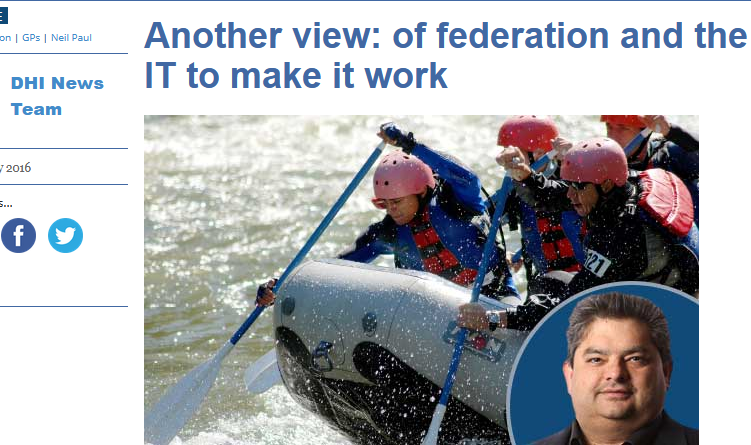 This article first appeared on 12.1.16 on digitalhealth.net.

General practice is changing. Some practices are closing, some are merging. In Stoke, which is close to where I work, I’m told ten to 15 practices have closed or are about to do so.

Practices are finding it increasingly difficult to find doctors due to poor workforce planning combined with a rush to retire before the pensions are wrecked. To survive, practices are federating and some are merging. I’m not saying this is a good or bad thing. Evolution happens.

Federation and merger: pros and cons

Now, federating is about banding together and doing some things together that you can’t alone. Taking on joint staff that work across multiple sites, centralising back office services, and allowing patients to use the skills and facilities of the wide group are some of the reasons for federation locally.

Perhaps this is all that is needed. We’ve been very successful bidding for and winning several pots of money. But is federating enough?

Locally, there isn’t an appetite to merge completely. In a way, that’s a shame as merging – at least from an IT point of view – is easy.

We did that ten years ago, when we merged two practices into one in a new building; and very successful it’s been. Ok, merging two cultures and two teams requires some work, but it’s doable. And on the IT front, it’s one database, one set of users; everyone accesses the same patients. It’s all straightforward.

However, there is a view that while practices want to work more closely together – and perhaps merge at some level – we want to keep each existing surgery as a separate site, with the existing partners linked to that site only.

The reason for wanting to keep sites separate, if we are being honest, is largely fear. Fear of loss of control, of being told what to do, of money being at the mercy of others, and of having to bail out others.

Practices get their income from two main sources, their contract and the Quality and Outcomes Framework. The contract pays an amount per patient. This can vary and averages out at roughly £75/pt. Some areas of the country are more highly paid than others.

One of these practices might have three partners and the other five. It could be the lower paid practice that has more doctors. In these circumstances, it’s easy to see that two doctors from similar practices can be on quite different incomes – although it’s also true that their workload might differ.

In theory, merging the practices so you have 20,000 patients at an average of £75 each works, as long as the workload is evened out too. This is easy to do in one building. It’s not so easy in separate buildings with different populations.

When it comes to QoF, not everyone scores 100%. Some GPs feel the whole approach is tick box medicine gone mad, so they ignore it. Some concentrate on QoF points, so as to make as much income as possible. Again, the result is that similar practices can have different incomes.

Take the two payment methods together, and you can see why two practices ten miles apart, serving different populations, earning different amounts, might well be wary of merging; even though they are attracted to the savings and resources possible from being part of a bigger organisation.

Finding the IT to make it work

How do we provide the IT that our new set-up needs?  The concept of branch surgeries exists in our IT system. This usually covers the same set of users as at the base, visiting an outlying station, and it’s really only an appointment book concept; not a separation of users and patients.

So on the face of it, the obvious thing is to not merge the databases, to keep the practices separate, and to run them separately; letting the accountants sort out the payments. But if you do that, how do you reap the benefits that are possible?

Staff working on two sites will have to log on to the IT systems in each. That might not be a problem; but think of admin staff. Instead of being able to run flu letters once, do audits once, manage all the letters, prescriptions and requests centrally, they will have to do all these tasks over and over.

If we want to combine secretarial staff and reception staff to get benefits of scale – and we are investigating the outsourcing of telephones at busy times, and outsourcing scanning, coding and similar – then we will need a rethink.

I’m not sure our current systems are up to this. There is another concept in our IT system of external agencies, and this works for sharing info between, say, our GP practice and community services.

The about to be tested ‘push’ system of consultation works well for a temporary resident visiting a practice or for patients visiting a hub. But will either deliver separate practices that work together?

If you are doing something similar with federation or joint working, and have got the IT working, I’d be interested to hear from you. 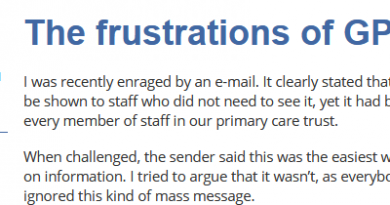 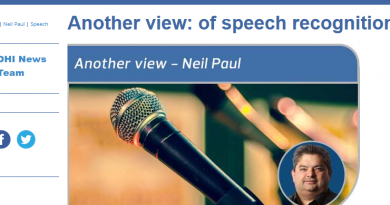 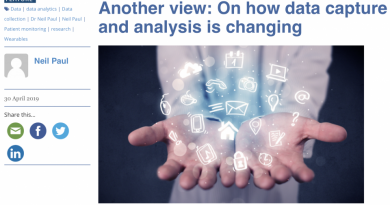