I run a clinical trials unit in general practice. We do a lot of studies – some observational – some interventional. One of the things you have to do when running a study is report adverse events AEs and serious adverse events SAEs. This is called safety reporting. These are events that happen to study participants and there are rules on what needs reporting and how quickly. SAEs should be reported in 24 hours in case there is something that might put the whole trial in doubt.

Now there is nothing wrong with this – it makes sense – however one of the disadvantages that general practice has always had as opposed to a hospital doing a study, is we can see the patient every day and because we are computerized we see letters and events that happen not just with us but with other providers. A hospital might see a patient once a year and ask them – have you been hospitalized? If they answer yes they have 24 hours to report it. We might on any given day be notified about a SAE. The complicating factor is its not even the practice being notified its one of the safety trained  doctors becoming aware. Now perhaps this is a burden we have to bear but once again the IT could make our lives easier.

The current vogue is for real world trials – the one that keeps getting mentioned is the Salford Lung Study and this apparently drove them crazy. They had a load of practices involved. In each of those practices were one or two GP’s who were in on the study and therefore safety trained. If an SAE came to the attention of any of those investigators the 24 hours started, if it came to the attention of another doctor it technically doesn’t start the clock. The problem of course is that coming to their attention might be 1 letter on Docman out of 100.

Most GPs will know quite a lot of their patients but you don’t just see letters about your own patients. You see letters of colleagues who are off. you see letters that have been sent to you even if you don’t know the patient as the hospital puts the wrong name on it. You might see 100 letters a day, you want to do them as fast as possible. As a practice you might have anything from 5000-25000 patients, remember the 120 patients on one study is going to be difficult – even if you have a list of those patients with you when you go through your paperwork isn’t going to work especially if you are doing more than one study.

What you need is a way of putting an alert on Docman about a patient that pops up preferably when being seen by one of the safety trained docs saying something like “this patient is on Study X.”

It cant be that hard to do, apparently the Salford people tried all sorts of workarounds but resorted to the list of patients approach. I know Docman 10 is coming out – I hope it has this feature!

Are there other circumstances where this might be useful? Well yes, occasionally i actually want to see the letter about a patient! As stated there are many reasons why i might not get it – I’m off that week or its gone to the wrong person. The ability to flag the person as Please show DrX any letters from Y on this person might work. I’m sure there are other uses. 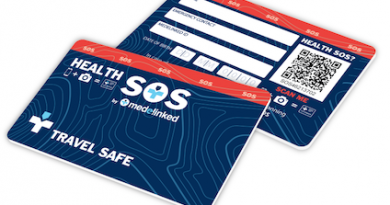