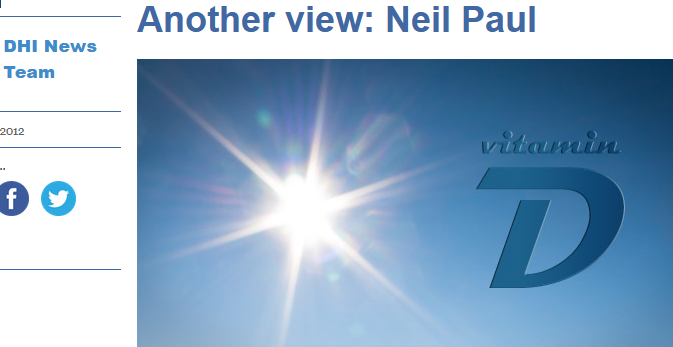 This article first appeared on 10.1.12 on digitalhealth.net.

Until a couple of years ago, I rarely heard about Vitamin D. Then, we were encouraged to test everybody for it as part of the chronic kidney disease guidelines.

Recently, I’ve noticed that lots of consultants seem to be recommending prescriptions of cholecalciferol, which is a form of Vitamin D. It’s the latest thing.

Cholecalciferol is a very long word

The other day I got a letter from a consultant who asked for our mutual patient to be put on cholecalciferol 20,000 international units three times a week until further notice.

Sounds easy. However, no matter how many times I typed the drug into my EMIS system, I couldn’t find it. I tried “chole”, “cho”, “ch” – none worked.

I was a little surprised (as its only Vitamin D). But it’s not a drug I prescribe every day in that form, so I assumed it was off license or similar.

I must have spent a few minutes on this, but then I gave up and decided to ask our practice pharmacist what she thought.

(Being a forward thinking practice, we employed a practice pharmacist some years ago to help us with our medicines management issues.)

When I met her, she immediately found the drug on EMIS, showed it to me and said: “There is a capsule that is 20,000 international units shall I print a prescription?” “Wait a second,” I said “I couldn’t find that!”

She then informed me that she had come across this loads of other times with almost every other GP in the building.

Everybody seems to spell cholecalciferol with a ch. However, we are all meant to be spelling it the INN method – which is colecalciferol. And that’s what EMIS recognises.

Now try Googling it – almost no one spells it that way. Certainly, every secretary that types a letter spells it with a ch. Why can’t EMIS ask me ‘did I mean colecalciferol?’ – Google can correct my spelling. Five minutes of my life wasted because people are using the wrong spelling.

Now, there are about 30,000 GPs in the country. What if all of them each spent five minutes trying to find this drug?

How much time is wasted because secretaries can’t spell correctly or – more importantly – because there is no reliable means of communication between secondary and primary care so we get out of date, illegible or confusing instructions?

I would guess that the majority of secretaries in this country use Microsoft Word. Some years ago, I was given a free copy of a medical dictionary by a drug rep that I installed as a custom dictionary.

My copy can spell colecalciferol. So how come, when we have had a national IT programme, a multi-year Microsoft agreement (that admittedly is now gone), and thousands of IT personnel at work across the NHS, nobody has thought of giving secretaries a copy of an electronic medical dictionary?

Given the resources available to the NHS, I can’t believe that somebody somewhere can’t produce a list of drugs and medical terms that is correctly spelt, stick it in a dictionary, and send it round to everybody for free.

I’ve recently been attending meetings about the national Summary Care Record scheme and our local Cheshire summary record scheme, and discovered that there is a huge variation of opinion as to what data should be available in secondary care.

Some think it should be drugs and allergies only. Some – including me – think with the patient’s consent the whole medical record should be available; particularly things like ECGs.

The whole national care records scheme seems based on the principle that secondary care providers need accurate, up-to-date info on the patients they are treating.

Fine; but what about the other way around? As the keeper of a patient’s record, shouldn’t I be sent accurate (correctly spelt) up-to-date information about their care?

Some years ago, we installed the Docman document management system in the practice, which took letters, scanned them, and sent them round the practice in an efficient way.

Recently, we started using PCTI’s EDT Hub, so we could get some discharge letters from the hospital electronically, missing out the paper and the need for scanning.

Alas, not all discharge letters come this way – and the local hospital seems to have dragged its heels over expanding this to all forms of communication, including outpatient letters.

These letters are just typed by secretaries, with all the inherent errors therein. They often include advice on prescribing; and by their very nature these letters are often about the less commonly prescribed drugs and the more dangerous ones.

It seems strange to me that we don’t have some form of shared drug history. I also can’t believe that it would be too difficult to create a mini-application, linked to a common local formulary, that consultants could use to select the drug and the dose they wanted the patient to go on, and print it out in a legible font.

This would minimise prescribing errors. Even better, it could then be transferred electronically to a practice whose clinical system would accept it – and all a GP would need to do is authorise it. No pieces of paper, no Chinese whispers.

I would have thought that some of the software involved in electronic transfer of prescriptions may even be suitable.

It’s time to start moving communication from secondary to primary care away from illegible scrawl on a flimsy piece of paper that doesn’t even get handed to me, half the time. 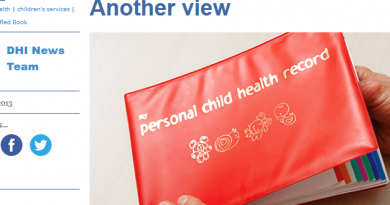 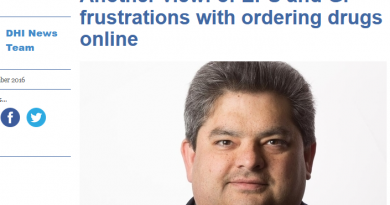 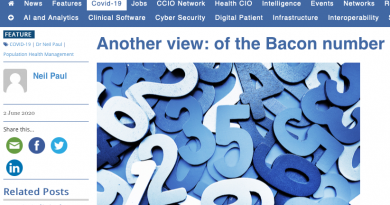