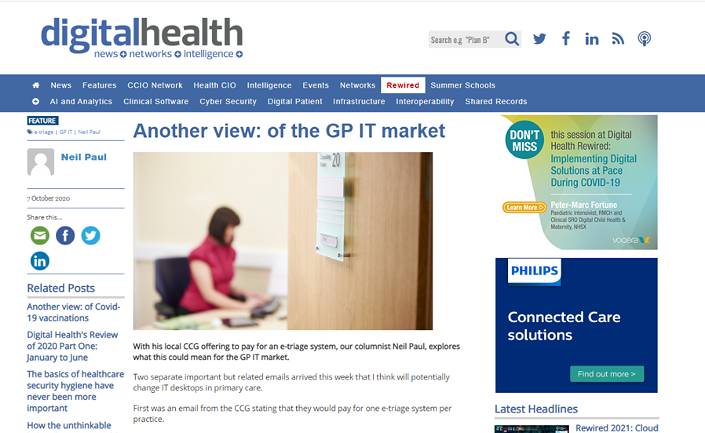 The internet of things is a term used to describe what the world would be like if everything was connected to the internet. Interestingly apart from my Samsung TV – through which it now appears the CIA can watch me watching Gogglebox – and my Apple devices I don’t have much kit on the net. I’d like more online. We’ve run out of cat food this morning and my Samsung fridge hasn’t alerted the CIA to order me more. I’ll try and pick some up while out doing my home visits today.

I don’t think it’s just home devices that would benefit from being on the net. Yesterday was CPR refresher training. Usually this is a game of ‘Guess how many repetitions it’s now changed to’ but this year they appear to have kept it the same. As usual we went through how to use an automated external defibrillator (AED). We have one in the surgery and there are a variety of different models; they are all simplistic and usually talk you through the process so that even an untrained bystander should in theory be able to use one. From the moment you open one, it speaks to you. Some even count out the chest compressions to make sure you are doing enough and at the right rate (remember Vinnie Jones – Stayin’ Alive).

Interestingly while they remind you to call an ambulance – none do it for you. My phone, my camera and my TomTom all have GPS and Bluetooth. Why doesn’t the AED? Why doesn’t it, on opening the lid, alert the emergency services – pin pointing its location and perhaps even put them through so you are talking to a real operator not a computer?

My house alarm has just been upgraded. It can now apparently send data over any mobile network – ie. it can roam. OK, it’s not a lot of data and it’s not voice, but an AED doesn’t need to send much so why can’t they data roam. My wife’s new car has its own SIM card and can put her through to 999 at the touch of a button. Surely it can’t be that difficult to connect a defib to the net?

What about where there is no mobile signal? I vaguely remember watching a documentary about mobile phones in Africa, where they don’t have many cell towers. Instead they use a peer-to-peer network, each phone acting as a range extender. I think there is an instant messaging app in the UK that does the same. Collapse in the street where there is no signal and perhaps a message could be carried along a chain of smartphones until one had enough signal. Of course I’ve not looked up what range this would work at – I suspect not far enough to be useful. I guess if you are remote enough not to have a tower, then the nearest phone might be a way away. Yet I’m sure that documentary said it worked.

Put yourself on the hotspot

Perhaps it’s too much to put a mobile connection in each device. Perhaps what is needed is a simple connection to a hotspot. I often tether my laptop to my phone. I attend meetings and can detect loads of people doing the same. Of course I tend to password protect my hotspot but, being a BT customer, I’m long used to the idea of FON – the wi-fi network through which BT customers agree to share part of their bandwidth with others. I often arrive a patient’s house and my phone bongs that I’m connected to their FON hotspot. I note my Apple phone has an emergency call feature through which someone can access 999 without unlocking the device. Perhaps Apple and others needs to offer a 999 data connection or a 111 connection either free or on agreement.

So if an AED was being used in the street and it needed a connection it could ask any of the bystanders’ phones to give it a hotspot. Perhaps this could then be applied to a whole range of medical devices – ie. they can use a hotspot either of the person who owns/is using the device or perhaps just anyone around.

Peak flow machines, blood pressure machines, a lot of what you might imagine you could use for either home monitoring or professional use, could then send their signal back to base using any device nearby – maybe even the neighbours.

Which leads me to pens. One of the other things our trainer talked about was adrenaline pens for anaphylaxis. There are two notorious problems with the devices that need a solution. One, the needles may be too short – there was a famous death where, despite using two pens, a young woman died because she didn’t inject deep enough in herself. Second, the classic thing people forget is they must hold the needle in for 10 seconds while injecting. Some stab it in then out and most of the dose is wasted. Now why can’t the pen count for 10 seconds like the AED? When you pop the cap off why can’t it talk to you? Why can’t it call 999? A lot of the pen users will collapse. Perhaps these devices can’t all have SIM cards in them – but why not Bluetooth to a free medical emergency hotspot.

Trouble is chicken and egg: no one is going to look for a hotspot until it exists. Come on Apple, Samsung and Microsoft.

Speaking of needing something, while I was watching the training, I was thinking what they need is a crowdsourcing app. There is only a 3% survival chance in the UK for community cardiac arrests. If you go down in the street you better hope someone near you knows CPR and there is a AED nearby. It might help to send out a call for help. Any nearby CPRer gets notified perhaps based on skills/equipment/distance/availability. Or if you witness an arrest you can look up where the nearest AED is and send out a call for help.

The good news is someone already created the app – it’s called Responder and it’s free to download. If you are a registered clinician you can sign up – they verify you – and you get alerted of any collapses nearby to your location and can say whether you are responding. It also tells you where the nearest AED is if you don’t have one. I really like the idea but haven’t met anyone other than the CPR trainer who knows of it. So, like him, I’m now on a mission to publicise it. 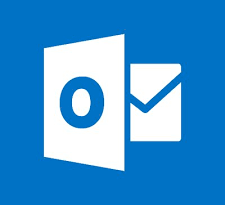 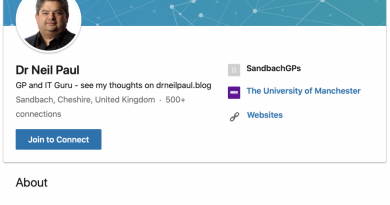 The end of online private GPs? 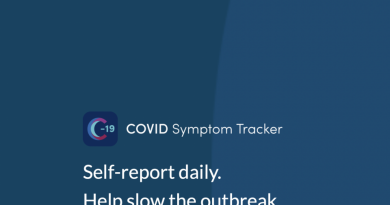